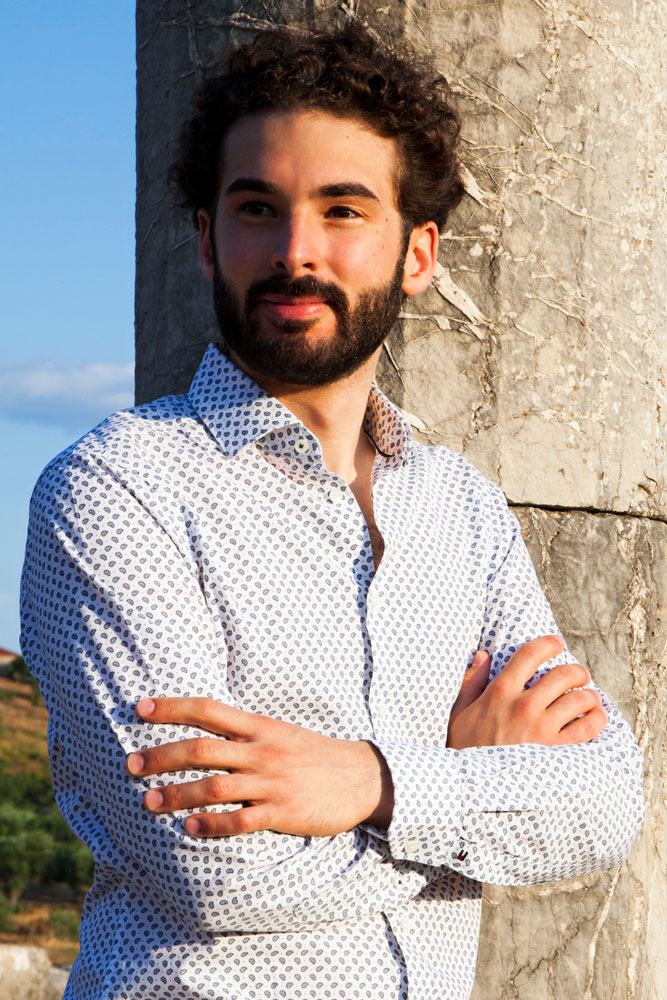 Dimitris Lampos was born in Athens in 1994 and grew up in Kalamata. He started violoncello lessons at the age of 7 with Nikolas Kavakos at the Municipal Conservatory of Kalamata and continued with Dionysis Kottaridis. He has studied violoncello (Bachelor of Music) in the class of Hartmut Tröndle at the Leopold-Mozart-Zentrum of the University of Augsburg, Germany, and in 2019 he also graduated from the Conservatory Orfeio of Athens and the class of Nikolas Kavakos obtaining the diploma for cello with the highest grade.

At the same time, he is attending international masterclasses and having lessons with renowned musicians and pedagogues like for instance: Julius Berger and Hyun-Jung Berger, Maximilian Hornung, Indira Rahmatulla, Gustav Rivinius, Ulrich Voss and Leo Winland.

Together with his colleagues of the Trio “Weischjasel”, an ensemble consisting of violin, cello and double bass, he is a scholar of the Yehudi Menuhin – Live Music Now Augsburg e.V. institution since 2016. With this ensemble he has been playing regularly from 2014 until 2019 in concert halls and stages in Augsburg and Munich.

Dimitris Lampos is playing chamber music frequently and has also appeared at the Megaronof Athens (2015).

He has been for many years a member of the Symphonic Youth Orchestra of the Municipal Conservatory of Kalamata, with which he has appeared among others at the Megaron of Athens (2009), at the Greek National Opera (2010) and at venues in Germany (2009). He has collaborated with the chamber orchestra Concertino of Prof. Petru Munteanu and is a member of the Symphonic Orchestra of Kalamata.

Dimitris Lampos is the production manager and co-founder, together with cellist Indira Rahmatulla and the composer and artistic director of the Municipal Conservatory of Kalamata Stathis Giftakis, of the classical music festival International Kalamata Music Days.