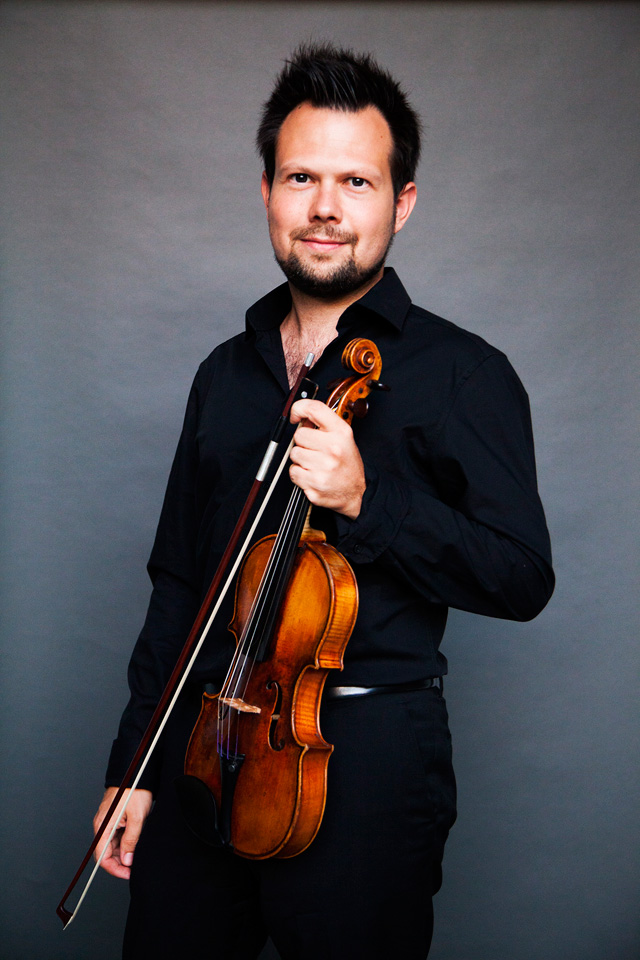 German violinist Felix Froschhammer captivates audiences with his wide-ranging performance skills. First Violinist of the casal Quartett and Concert Master of both the Ensemble Symphonique Neuchâtel and Sinfonietta de Lausanne (Switzerland), Felix is also active as a soloist and plays an important role in the Ensemble Chaarts and in Tri i Dve, an ensemble specialising in Balkan music.

Born in Munich, Felix started studying the violin at the age of seven with Olga Voitova, making his orchestral debut at the age of ten with the Münchner Rundfunk orchester. He then went on to study with Pierre Amoyal and Salvatore Accardo, graduating from the Haute école de musique deLausanne (HEMU) with highest honours in 2007, and later receiving a special prize from theSinfonietta de Lausanne for his professional achievements. With the Duo Froschhammer he is a prize winner of the International Wolfgang Jacobi Competition for 20th century chamber music and has been recipient of a scholarship from theBavarian Music Fund. Together with Amoyal and the Camerata de Lausanne Felix was soloist in the Vivaldi and Bach Double Concertos on several international tours and broadcasts.

Felix has recorded works for violin and cello on the label Arco Diva and records regularly for the Solo Musica label with the casal Quartett. His most recent CDs have won prizes at Echo Klassik, the German Record Critics’ Awards and the Supersonic Awards.

VIOLIN MASTERCLASS
We use cookies to ensure that we give you the best experience on our website. If you continue to use this site we will assume that you are happy with it.OK