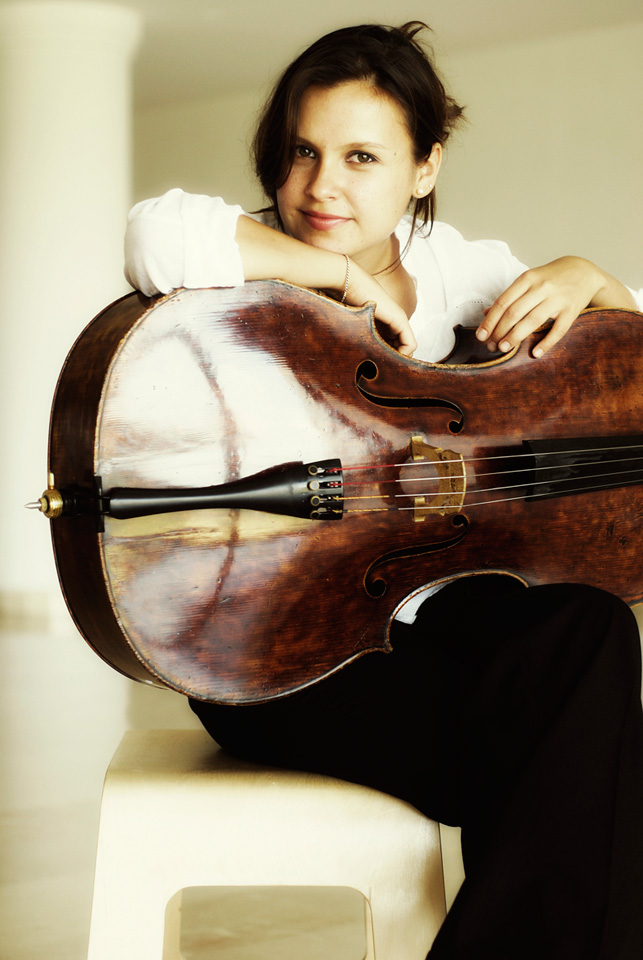 Born in a family of musicians, Indira Rahmatulla began her cello studies with her parents. A graduate of the Colburn Conservatory of Music in Los Angeles, Indira studied with Vagram Saradjian in Houston, Ronald Leonard in Los Angeles and after with Jean-Guihen Queyras, completing her Master Studies and Soloist Diploma in Freiburg, Germany. In addition, Indira has completed her chamber music studies as a part of the piano trio “Areti” at the Instituto de Musica de Camara de Reina Sofia de Madrid under Ralf Gothoni.

As a chamber musician, Indira has performed in collaboration with many leading artists such as Menahem Pressler, Paul Coletti, Sergio Azzolini, Alexander Melnikov and has been mentored by outstanding musicians among which are Arnold Steinhardt, Eldar Nebolsin, Ferenc Rados and Tabea Zimmermann. Indira was a fellow at the VillaMusica foundation in Rheinland-Pfalz. Currently Indira is an active member of the string trio “Arev”.

Since 2015, Indira is a member of Orchestre de Chambre de Lausanne in Switzerland and frequently performs with the Balthasar-Neumann Ensemble under Thomas Hengelbrock and Die Deutsche Kammer philharmonie Bremen.

Indira is a founding member and the Artistic Director of the International Kalamata Music Days. She is also the tutor of the festival’s annual violoncello masterclass.

VIOLONCELLO MASTERCLASS
We use cookies to ensure that we give you the best experience on our website. If you continue to use this site we will assume that you are happy with it.OK