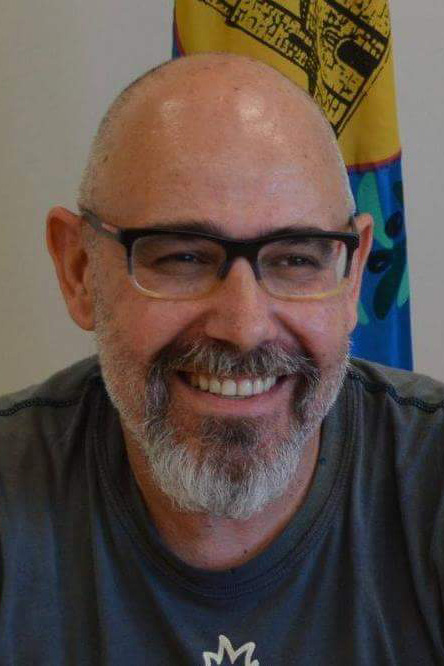 Panagiotis Adam was born in 1970 in Athens and is a graduate of the Art Theatre Karolos Koun drama school. He was a student of Tina Parali (sculpture – theatrical constructions) and Giorgos Matsakaris (Alexander Technique). He also studied piano at the National Conservatory of Athens and at Neo Odeio Thessalonikis.

Panagiotis Adam has collaborated with the Art Theatre Karolos Koun, the Thessaloniki Concert Hall, the DI.PE.THE. Roumelis, the National Theatre of Northern Greece, the Michael Cacoyannis Foundation, the theatre Avlaia, the Piraeus Municipal Theatre, the theatre Vault, the theatre Olvio and many others.

As a sculptor, he worked together with the scenographers G. Ziakas, G. Patsas, A. Dagklidis, E. Nathena, L. Pezanou, A. Vettas and with the painter A. Fasianos.

As a teacher of acting and melodrama he is collaborating with the Municipal Conservatory of Kalamata, the Ionian University, the Orfeio Conservatory of Athens, the Musical Horizons Conservatory and at vocal masterclasses with the singers Aris Christofellis, Christina Giannakopoulou, Charikleia Gklavopoulou and Dwight Coleman.

VOCAL AND STAGE PERFORMANCE MASTERCLASS
We use cookies to ensure that we give you the best experience on our website. If you continue to use this site we will assume that you are happy with it.OK